What is Gross Domestic Product (GDP)?

GDP is a measure of the total value of all goods and services produced within a country in a year. GDP is a sum of the following components, all of which can be manipulated or affected by the decisions taken by Governments and Central Banks.

What does Economic Growth Mean?

This a measure of how much GDP increases each year. Government targets for economic growth are typically around 2%.

What does Economic Contraction / Decline Mean?

This is the opposite of growth, a drop in GDP.

What is a Recession?

A Recession is a period of continued economic contraction or decline (which last for at least two consecutive quarters).

Generally, during a recession, consumers like you and me stop spending, businesses reduce investment, production of goods decreases, and unemployment rises. An overall fall in demand.

Inflation refers to the increase in the cost of goods and services over time (usually a year).

Basically, inflation impacts you directly, increasing the cost of almost everything you buy and every bill you pay. Also, inflation equals more tax revenue for the government, in other words a hidden tax.

It’s also worth noting that the number quoted is heavily manipulated by Governments to meet their political needs, the cost of real inflation is generally much higher than the official figures.

What are Central Banks?

Central Banks are national banks that provide financial and banking services for its country’s government and commercial banking system, as well as implementing the government’s monetary policy and issuing currency.

Apparently, as with governments, central banks are run by intelligent, responsible, educated people who have sufficient experience and insight to enable them to make decisions which keep the economy under control. Unfortunately for us, this clearly isn’t the case.

Its also worth noting that whilst central banks are supposed to be politically independent, the truth is they are not. Those in power continue to influence who actually sits on the central banks panel in order to further their own political agendas.

Fiscal Policy is the way in which Governments influence the economy by either increasing or reducing taxation and spending. For example, a reduction in taxes and increased government spending will increase economic growth and lower unemployment but also fuel inflation.

What is Quantitative Easing or QE

This subject probably warrants its own article, but I’ll briefly cover what QE is and how it works. Brace yourself, this might seem far-fetched but it’s all true.

Basically QE is a monetary policy where central banks hack their own account and add a couple of zeros to the end of their balance. A highly illegal practice for the likes of you and me but perfectly fine for the central bank.

The money they create doesn’t actually exist – it’s just a digital entry on their ledger. That said, it doesn’t stop them spending it. This money finds its way into the economy through increased lending by the banks, and indirectly to the government through bonds.

The point of QE is to boost the economy through increased lending and investment. To date, the Bank of England has created almost £900 billion through quantitative easing which has been injected into the economy. In the US the Federal Reserve has created over $3 trillion in total.

One of the problems with QE is that it increases financial inequality. Those who are in most need tend to lose out. An increased supply of money causes prices to rise, effectively making consumers poorer through inflation. At the same time the rich become even richer as their businesses, stocks and shares grow in value.

Hopefully these definitions will give you a better understanding next time you watch the news. If you’d like to know more see our Vital Info page or read our latest post What is a Recession Anyway? 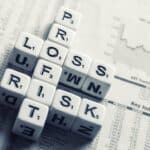 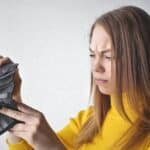 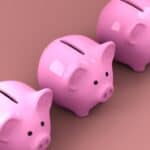 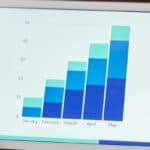